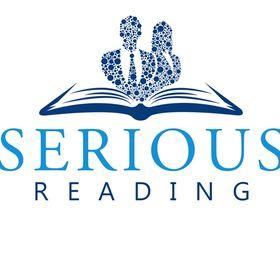 So I see that your book Zen Unleashed is written by a dog.  How did that come about?

Yes, Sheila the Zen dog is the author. Dogs have a natural wisdom toward Zen practice, so its a natural fit. Also, my first introduction to religion was through humor.  I think it’s something that is often lacking when it comes to religion.

So besides the fact that it is written by a dog, how does your book differ from other books on Zen?

First, a lot of books on Zen assume you already know something about Zen.  Then there are other books that maybe are for beginners, but they’re a long, difficult read.  And then there’s the opposite end, Zen books that really don’t have any Zen in them. They’ll have a pretty photo on one page, and on the other page maybe a quote to read, like “What was never lost can never be found,” which tells you nothing about Zen and doesn’t help you very much in your day-to-day living.  You could say they are Zen fluff.

So your book is for people unfamiliar with Zen?

Well, that’s a major target audience, especially because the book is friendly toward all religions. But people who have already read several books on Zen have told me that it has cleared up some major misunderstandings that they had.  One man wrote me and said that Zen Unleashed had taught him more about Zen than his 40 years of marriage to his wife – who is a practicing Zen Buddhist. Then, of course, anyone who loves dogs can read and enjoy the book.  Or, for that matter, if someone enjoys dog haiku.

Can you share one of Sheila’s haiku with us?

Sure.  Sheila says this is her favorite.

Before you ask – yes, she’s talking about me.

So one doesn’t need to be enlightened to write a book about Zen?  What qualifications does one need?

For starters, let me say that enlightened as a title is a bit of a fiction.  If someone ever says to you, “I am enlightened,” I’d suggest you run in the other direction.  But to answer your question, I guess you could say one should be well grounded in practice. In my case, I’ve been practicing Zen for thirty years, do daily meditation, and co-lead a Buddhist group at a nearby state penitentiary.

So how hard was it to sit down and actually start writing Zen Unleashed?  And how long did it take you?

I began writing Zen Unleashed while sitting in a chair at the edge of the water on a beach.  So it was pretty easy to get started!  I was probably done with the first draft in around 6 months. I then rewrote for another year or so, getting feedback from a wide variety of people – those who knew nothing of Zen, those who had some knowledge, and from several established Zen teachers. Then I found the publisher Beaver’s Pond Press, and there was probably another 6 months of rewrites and changes.

So how did your publisher feel about a dog being the author?

Beaver’s Pond Press was all for it.  But because of the IRS, I had to be listed as the official author.  I guess the government doesn’t like it when dogs without social security numbers have income.

How much input did the publisher have in the final copy of Zen Unleashed?

They had a great deal of input.  They supplied an editor, proofreader, and designer, all great people.  They also made an excellent suggestion to drop the table of contents.  I was hesitant at first, but it really is a book that can be picked up and read from any spot, so it made a lot of sense.

You also chose to include cartoon drawings in the book.  How did you decide on that?

Yes, the book has drawings by the artist Bud Podrazik. I wanted to keep the book light and friendly.  They also add some humor. There was certainly some risk to include them, because the book could be mistaken for a children’s book, which it isn’t.  But in the end I felt the benefits were worth the risk.

Has Zen Unleashed won any awards?

So you mentioned that dogs have a natural wisdom toward Zen practice. What exactly do you mean by that?

I remember taking our dog for a walk in the woods once.  She saw a bird that she wished to chase.  The bird was flying over a swamp, but unfortunately for her, the green algae on top of the water looked to her like grass.  She ran full speed toward the bird, and I tried to call for her to get her to stop, but it was too late.  She plunged head first into the green water and went underneath.  She surfaced, swam to shore, shook herself, wagged her tail, and trotted off down the path toward new adventures.

And how does this relate to Zen?

She hated water, so I can assure you it was both an unexpected and unwelcome surprise. But she just dropped the idea of chasing the bird, and looked forward to her next experience.  What she didn’t do was any of the soap-opera stuff that a person might do:  think how unfair it was for that to happen, blame me for not stopping her, blame herself for being so stupid.  It also didn’t ruin her day. She just let it go and went right on to the exciting road ahead of her.

Are there any books that have inspired you?

Yes, two. The first one is the book The Tao of Pooh, which takes Taoist concepts and explains them in a simple, friendly way with the help of Winnie the Pooh.  The second one is a book called Beautiful Joe.  It is perhaps the first book ever written by a dog, back in 1893.  The dog gives a first-hand account of being abused, and it was a best-seller that contributed to world-wide awareness of animal cruelty.

I think there is merit in any religious practice, and I tried to keep the book friendly toward whatever a person’s religious beliefs might be. There are people from other religions who occasionally come to the local Zen center to meditate.  They say it helps them with their own religious practice.  From my point of view, that’s perfect.